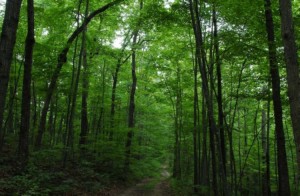 The Yosemite National Park is one of the most beautiful places. There are several rock formations such as, El Capitan and Half Dome. These natural rock formations are absolutely breath-taking. Since Yosemite is a tourist attraction many people attempt to rock climb the rocks or hike up to the top. Some of the commonly seen animals in Yosemite are the black bears that steal peoples food,  raccoons that are very mischievous and find ways to get into peoples cabins, and deer which are very calm and don’t bother anyone. There are many types of trees there as well. Some of the most common are the Valley Oak, Douglas Fir, California Black Oak, and the Giant Sequoia. Yosemite is a wonderful and mesmerizing place.

Another natural beauty is the Redwood National Park. This National park is known for there giant Redwood trees. This park is 75,452 acres of mostly forest. The Redwood trees that this park is famous for can grow up to around 379 feet tall. Animals that live in the Redwood forest are bobcats that are very aggressive, northern spotted owls which can fly downwards very fast and snatch someones lunch, and little salamanders which crawl around looking for food. The Redwood National Park is a very pretty place with a ton of vastly large forests.

All in all National Parks in California are amazing sites that are great to have a camping trip in or to just visit and hike. The city of Los Angeles and going to Hollywood are very important to visit for some people, but the National Parks are just as spectacular as all the lights that light up Los Angeles. Overall California’s National Parks are pretty, incredible, and a nature filled adventure. 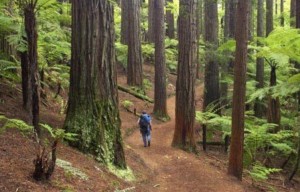 For this activity I interviewed my dad. I am interviewing him about his dad, Jesse Encarnacion Sr.. His father is born and raised in Los Angeles, CA. He was in the automobile industry. His family always had exotic and very stylish cars in his garage and driveway. Some good memories he has with his dad were driving his exotic cars with him, going to delicious restaurants with him and trying all of the good food on the menu, and going to work with him was one of his personal favorites because he could see so many classic cars he never imagined he could ever see in his life. He taught my dad valuable lessons, but the most important one that he remembers is how to deal with people. He was a man who worked for his family and provided a good life for my dad’s mother and sisters.

My favorite time with my family is when I had my Bar Mitzvah in Israel this summer. This is my favorite moment with my family because it was such an amazing experience and I am so glad was able to spend it with them. It made it even more special knowing that my parents were with me the whole time. If I could I would love to relive this memory everyday.

When I was a little bit older than one years old my grandmother, Rita Cooper, passed away or lung cancer.  She was the mother of my mom. I hear so many great stories of her and I would have really loved to meet her nowadays. Out of all the stories that I have heard of her my favorite is when her and my dad got in argument about when I should eat solid food for the first time. While they were arguing my grandma just shoved the spoon full of cereal in my mouth and I loved it! I always know my Grandma is watching over me anytime, anywhere, and forever.

The new widget that I added was the table of contents widget. I choose this specific widget because it will keep everything nice and organized and in the order that I did them in. This also important for me because I like to know where everything is and to make sure I didn’t lose anything.

In the third week of blogging I learned how to add images to my posts. Adding images to the post is very important because it adds more detail to the post by adding what it actually looks like or showing a symbolic representation. I used to add images by using copy and paste but now I learned a new way this week and it is very helpful. Pictures are very important to add a step-up to your post.

For this activity I was supposed to decorate my blog page with a Halloween theme. I was able to decorate the background of my blog by going onto Pixabay and downloading an image of a pumpkin. I choose a picture of a jack-o-latern for my background because it is one of the most iconic pictures that resembles Halloween. I then went to FG.A.com and selected a gif to put on my blog page. The gif that I selected was a walking pumpkin because it adds a little bit of comedy to a scary holiday. I then added a Halloween themed widget which was very cool and creative. 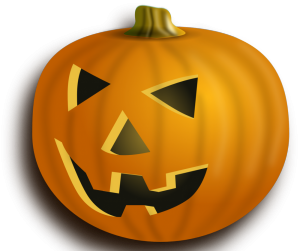 Once upon a time, in a small town located in the state of New Jersey, Halloween was a the holiday everyone in the town was looking forward to. Every year previous to this one everyone in the town dressed up and went to Mr.Donnagin’s home. His home was famous for giving the best candy. He would give ten king size bars to every kid in the town who came to his house. This year Mr.Donnagin moved to California to pursue his dream in film making. His home was left vacant for a while until an old man named Mr.Pumpkaney moved into his empty house. Mr. Pumpkaney moved in a week before Halloween. He was a very suspicious who never came out side for long periods of time. When it was finally the night of Halloween the town came to life. Everyone was out trick-or-treating or partying, but Mr.Pumpkaney’s home had candles as lighting and very creative, scary pumpkins on his front porch. As kids were running free-spirited hoping to get several bags of candy. No one noticed that the number of kids trick-or-treating was decreasing. Instead everyone just cared about the candy mountain they would have when they pour out all of there candy. The very next morning people were noticing that many children were missing, and Mr.Pumpkaney wasn’t home either. When the people of the town came together to solve this mystery they interviewed every child that was still left in the town. All of them said they didn’t go to Mr.Pumpkaney’s house. All of the town members came running up to Mr.Pumpkaneys and when they got to the old man’s house they were startled and scared to find a very eerie note. The note said, “I knew all of you would come searching for me. I didn’t know it would be this easy. Halloween is my favorite holiday as well just like this town. Which is why I came here. All of the pumpkins in front of my house are called Pumpkin Killers. These demons capture kids and never release them for all of eternity. I hope you all had a marvelous Halloween. Hope to see you all soon.” From that day on no one has ever lived in that house or trick-or-treated at that house ever again.

I celebrate Halloween just like any other household and kid my age. This Halloween my family decorated our house with tombstones in the front lawn, bones in the front lawn as well, a skeleton dunking a basketball on my basketball hoop, and ghosts hanging from the lights in front of my front door. My mom always makes three pumpkin pies. One to eat at home one for her work, and one for the Halloween party we go to every year. I usually go trick-or-treating with the same group of friends each year. We will run around the neighborhood filling are pillowcases with candy and hiding behind bushes and scaring unsuspecting kids. Since Halloween is my family’s favorite time of year we usually get really scary or goofy costumes which is my favorite part of the holiday. 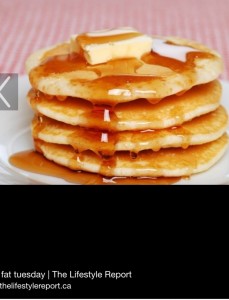 A very popular food that people eat in America are pancakes. Pancakes are so popular in the US that they have there own restaurants that specify in making pancakes. Such as IHOP which stands for “International House Of Pancakes”. You can add delicious toppings such as berries, syrup, powdered sugar, and butter. 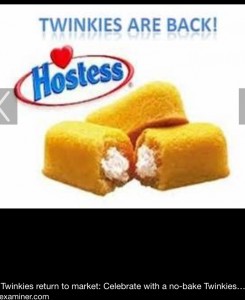 Another classic American snack is the Twinkie. The Twinkie was created by the company named Hostess. The Twinkie is a cream-filled, greasy, and calorie packed snack that is an American classic.

Finally the most iconic food is the… 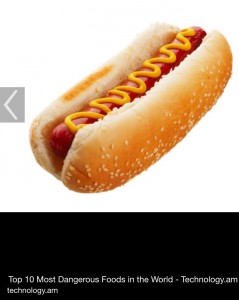 HOT DOG! Hot dogs are have been eaten for many years in America. They are eaten in sports events, concerts, and many other events. All in All, out of all foods that America is famous for, the hot dog is the most iconic by far.